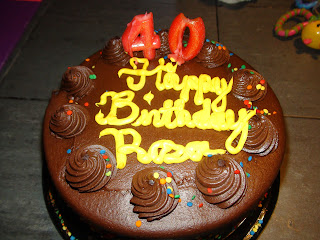 *** Well, Nathan went and messed up this post I wrote last week by making a liar out of me. I'm still posting it here because... well, because I did the work already! But after I wrote this he, the girls and my family and friends showered me with real surprises that I didn't see coming. So, while you're reading the smart-alecky words I wrote last week, I will be busy working on ways to say "Thank you" to my wonderful family for an awesome, surprise-filled birthday week!

"Mommy, you have to PROMISE not to come in our room!"

"Mommy, we're not doing ANYTHING in our room except just sitting on the floor."

I chuckle to myself, appreciating all the effort these sweet little people are putting into my birthday surprise, knowing full well that I will really just have to act surprised when I open the presents they are wrapping. No matter, it's the thought that counts. And judging from those happy sounds coming out of their bedroom, the thoughts count for a lot! 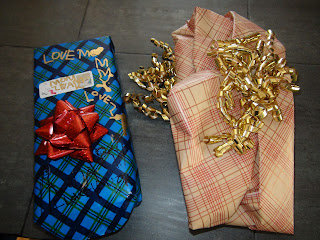 Why do I already know what my gifts are? To explain, let me dig into my blogging archives. Two years ago almost to the day, when we had just moved onto the boat, I wrote an entry that pretty much sums it up. Here's what I wrote back then:

I have a crazy secret. Actually, it's a family secret and we've been keeping it for a full 2 months now. You should know, I don't like secrets.

I do, however, like surprises. I come from a long line of proud, expert surprisers. When I was little every birthday and holiday was filled with unexpected delights whose success depended on the cooperation and sworn secrecy of every other member of the family. My mother was the master of all known surprise-givers. We were her willing apprentices and accomplices.

Then I married an anti-surpriser. Not only was my husband the kind of guy who tried to find his hidden presents before his birthday, but he was incapable of adhering to the most sacred surprise rule of all: never ruin another person's surprise. After my family and I got over the shock and horror of many spilled beans around the holidays we learned to become better surprise-keepers in the face of such a challenge. We also came to realize that his anti-surprisism was genetic. We had a lot of work to do.

We learned early on that my husband and his parents could not be told even the slightest details of planned surprises. Because of this policy, during our 12 years together we have had some surprise-successes, like the book party I threw for my Mother-in-law which required the secrecy and participation of dozens of her family and friends around the country. Of course, as with any great accomplishments throughout history, that only came after countless surprise-failures along the way. Still, in order to pull that one off, I had to get my husband on board and he did beautifully.

Mind you, I never was so naive that I thought I could actually convert my beloved husband to our way of thinking. We simply agreed to disagree on the importance of surprises and learned to live together in spite of our fundamental differences.

That is, until now.

For 2 straight months my husband has helped me to keep a secret so large even I can barely stand it. I have even gone so far as to tell a few of my friends who don't know my family, just to release some of the secret-keeping steam that has been building up inside of me. Thankfully, we are in the home stretch of the surprise-delivery phase.

You see, my birthday is in 6 days, which means it is also my sister's birthday. (Didn't I tell you my Mom was the Master surprise deliverer? She surprised me on my 3rd birthday with a baby sister!) The same sister that works for an airline and can fly anywhere she wants on a moment's notice. You see where this is going?

For the entire 2 months of secret-holding, I have been bugging my sister to come down here. My parents too, since they also can use her flight benefits. And for two months no-one has hopped on a plane. With our birthday rapidly approaching I knew it was the perfect time to deliver the surprise, so I started emailing, texting and calling my sister daily to say: "So are you coming down here for our birthday?" But, because school just started and she has 3 kids, she was resisting the idea of throwing one more thing on her plate. I can't imagine why!

Last night my husband called her husband and, with my permission, told him our well-kept secret in order to get him in on it. Unlike my husband who needed to be almost beaten into secret-keeping submission, my brother-in-law was a quick-study and has been one of the better surprise-givers our family has ever known, so there is no chance of him blowing it. We are optimistic that this will be the push she needs to get here for the big reveal.

So, my dear reader, the time of greatness is near. By this time next week the world will know my secret. Until then, I will stay busy trying to convince my husband that he really should do something surprising for my upcoming birthday.

The "secret," of course, was that we had moved onto a boat with our two little girls and the dog. 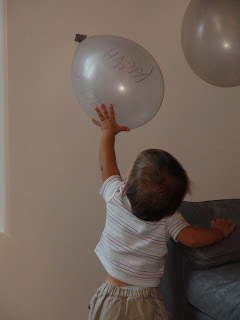 I'm sharing all of this with you now, two years later because it is again the eve of my birthday (this time with a big "0" on the end of it!) and I realize nothing has really changed. Yes, my husband showed me what he was thinking of buying me, and then ordered it for me online as I sat there beside him. Such a move used to drive me nuts, but I have learned over the years if that is the worst of his annoying habits (which it thankfully is) then I'm in pretty good shape.

The good news is that my kids don't know this. They think he bought them something to give Mommy as a total surprise. So, of course, I will act super-surprised when I unwrap those gifts because I know not only will they get to experience a bit of the joy of giving, but it should go a long way toward helping me achieve my ultimate goal of overcoming their genetic-tendency toward anti-surprisism. 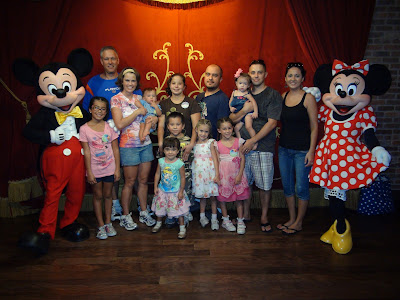 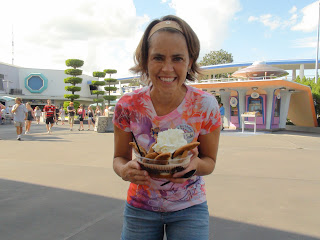 But, in the end, it turned out the surprise was on me! Thanks again to everyone who made my 40th birthday celebration better than I ever could've imagined!
Posted by Rosa Linda Román at 10:43 AM