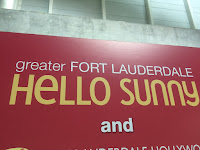 Needless to say we were both a bit in shock. And so it was, on one day in early August, despite all of our very logical reasons against it, Nathan looked at me and said, "Well, I guess we're buying a boat!"
Posted by Rosa Linda Román at 12:22 PM No comments: 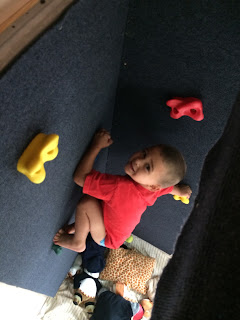 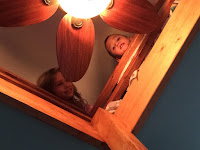 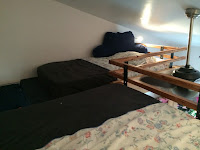 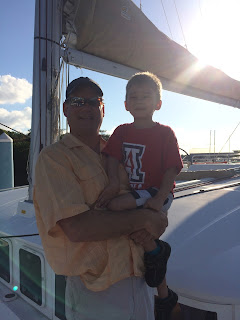 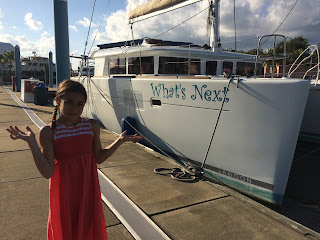 And so it was, while the girls were away at summer camp this year, we left Samuel with our babysitter (Miss Linda) and went for a couple's trip to Ft. Lauderdale to check out what might be our "What's Next?"
Posted by Rosa Linda Román at 1:44 PM 2 comments:

And then there was this possibility...

Sometimes it feels like life is barreling forward, like a freight train with failed brakes. I watch the ebb and tide of the seasons and feel like so much of it is out of my control. Kindergarten, First grade... fifth. It doesn't slow down.

But then there is this moment. This moment when the story seems to be writing itself in the same, predicable ways and suddenly something happens that makes you gasp. Suddenly, there is a glitch in the matrix. Suddenly you see something that makes you realize that the seeds you have been planting... the reality you have been sowing... are starting to take root and reach for the light of day.

So now there is this boat.

We are six months shy of where my most ambitious vision would've taken us. But now there is an offer on the table. And a possibility.

And my heart skips a beat.

We have been landlocked boat babies for a long time. So long that I stopped daring to dream. But here we are, with this offer which (shockingly) may actually be accepted. Here we are talking about flying to Florida in 24 hours to survey a boat that we may live on soon. Live on with three kids, two adults and one canine.

And then there was this possibility.
Posted by Rosa Linda Román at 10:03 PM No comments: